Prestigious prize of the Franz Kafka Society is given for the first time to an Italian writer, Claudio Magris, to honour his expression of Central European culture 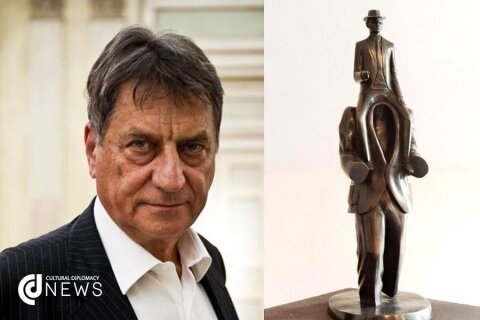 Claudio Magris, an Italian writer, translator and Germanist, is the first Italian to win the Franz Kafka Prize, an international literature award. This prize is meant to honour the artistic value of contemporary authors and it is conferred every year by the Franz Kafka Society.

The Franz Kafka Society established this prestigious award in 2001, the year of the definitive and complete rehabilitation of the Czech writer Kafka. Kafka used to write in German, and was previously obscured by the communist censorship.

The purpose of the prize is partly to promote the plurality of central European culture. It honours outstanding contemporary authors, and has been previously awarded to writers such as Amos Oz, Harold Pinter and Philip Roth.

On 28th October, alongside the Independent Czechoslovak State Day, Magris received the Franz Kafka Prize. The prize consists of a sum of money and a bronze statue representing the Czech author, made by the sculptor Jaroslav Róna.

The ceremony took place at the Old Town Hall in Prague, with the patronage of the Senate of the Parliament of the Czech Republic and the Mayor of the city Prague, Adriana Krnáčová. The event was preceded by a literary evening with the author Claudio Magris on 26th October, organized by the Italian Embassy in Prague and the Italian Institute of Culture.

The international jury of the Kafka Society, led by Daniela Uherkova, explained that Magris deserved the prize for his literary contribution as a whole, as his work is considered one of the best expressions of the contemporary culture of Central Europe.

His work includes his masterpiece ‘Danube’, a collection of stories of travels around the river. In ‘Microcosms’, he describes the multiethnic and international vibe of his city Trieste, which is sometimes considered part of Central Europe as it previously belonged to the Habsburg monarchy. Other works include ‘Blindly’ and his most recent ‘Non luogo a procedere’.