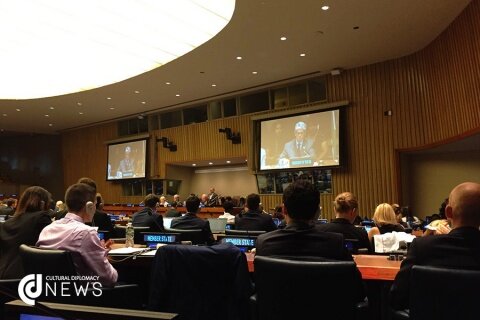 The UN Summit for refugees and migrants will be held at the UN Headquarters in New York on 19th September 2016. This is the first time that the UN General Assembly has called a summit to address this issue at the level of Heads of State and Government.

On 19th September 2016, a high-level summit organized by the President of the UN General Assembly on behalf of the UN Member States will be hosted at the UN Headquarters in New York, with a thematic focus on the issues of large movements of refugees and migrants.

This is the first time the UN General Assembly has called for a summit to tackle the problem at this level. This highlights the need for greater international solidarity and the need to adopt a more effective approach towards these problems in order to overcome the challenges.

The UN Summit for Refugees and Migrants aims to leverage support from the international community and pave the way towards a more holistic approach to these problems.

It is noteworthy that, previously this year, in May 2016, a Secretary-General’s report under the title “In Safety and Dignity: Addressing Large Movements of Refugees and Migrants” was released. The report served as a basis for negotiations of the UN Member States who agreed, earlier this year in New York, to a draft Declaration for Refugees and Migrants which is expected to be adopted at the forthcoming summit.

The New York Declaration sets out a new approach to responding to the refugee problem through a Comprehensive Refugee Response (CRR) framework. Moreover, the New York Declaration sets out principles and recommendations applying both to migrants and refugees (rescue en route, reception at borders, combatting xenophobia and encouraging inclusion) as well as separate commitments for migrants and refugees.

In parallel with the summit, on 20th September 2016, the Leaders' Summit on Refugees is being organized by the USA, Canada, Ethiopia, Germany, Jordan, Mexico and Sweden. This will be a summit exclusively devoted to the refugee crisis which aims to build a coalition for the resettlement of refugees and pledge significant new commitments towards confronting this challenge.

More details about the UN Summit’s Program are available at: https://refugeesmigrants.un.org/sites/default/files/programme_rms_2.pdf