On Saturday thousands of women marched in Caracas 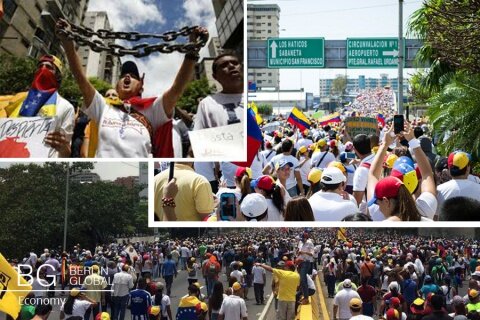 The conflicts continue in Venezuela, a country in the middle of an economic crisis. It has been one month that its people took to the streets to protest against President Maduro and for the desire to change the Constitution. It appears to be the beginning of a civil war between opposing groups: the ones who support the President, and the rest of the population, close to the threshold of hunger.

Last Saturday, the streets of Caracas have seen a women’s march against chavism and the violent repression of opponents. The President deployed policewomen to turn the tide of the white dressed “mujeres”, who had cloves in their hands.

The “mothers of Venezuela” took to the streets for their rights. They are the mothers of the opponents who are imprisoned, the ones who have to ration food because the supermarkets are empty. It is a good example of a pacific demonstration in which the women react to weapons with flowers.

Two sides of the population joined together: hundreds of women, supporters of the government, as well as hundreds of ones who are against it. They were blocked by the National Guard, prompting them to sit in protest.

The women wanted a constructive dialogue with the government in order to preserve the democratic regime and this is only possible by saving the Constitution. Those women, in Caracas, have proven the Venezuelan strength and their willing to fight without violence to assure a better situation for their families.